Step by Step Guide to Pre Production for Video Animation 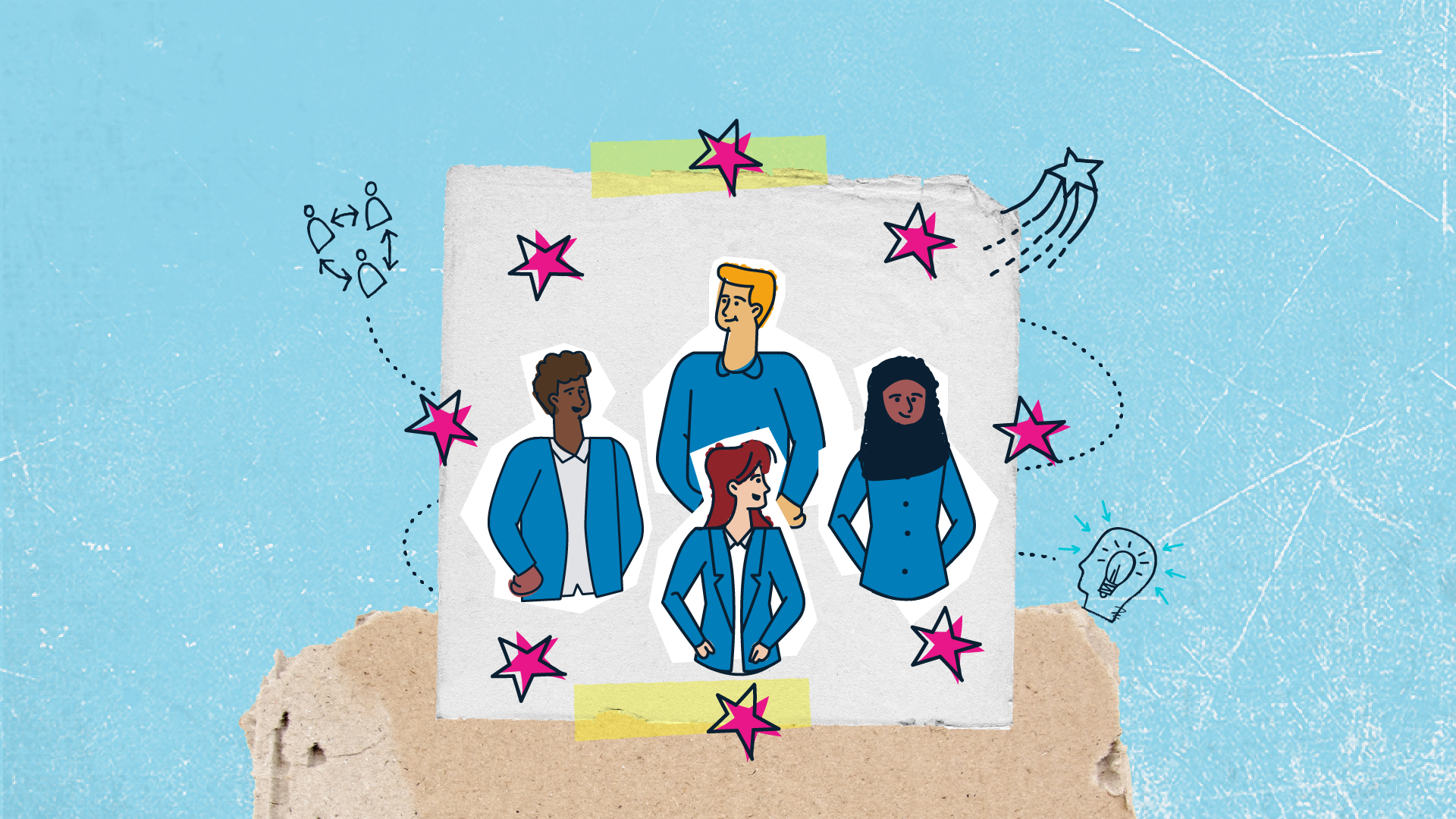 It is predicted that by 2022, 82% of all consumer internet traffic will be video content. Considering that users spend 88% more time on websites with video content, we simply can’t overlook its effectiveness.

Video animation is a particularly popular form of video marketing. But what do you need to do to prepare to make a video animation? Let’s take a look at pre production for video animation, to help you get ready for your next video sensation! Creating a good video animation is both a science and an art. If you’re creating a video animation for your business in any capacity, it’s also a business asset. Preparing to create your animation with pre production involves all three of these disciplines in a variety of ways. “Know your audience,” is a universal piece of advice given to every creative. It sounds simple but it has profound implications for every stage of your creative project.

Imagine that you’re creating a video animation to help your company better appeal to an 18 – 34 year old demographic. Is an animation featuring a bunch of bar graphs and statistics going to be the best way to reach this audience?

Knowing your audience will inform everything from the language you choose to the color scheme of your video to the music or even the length of shots. It could even influence where you publish or promote your video, as different demographics favour different networks.

Knowing your audience shouldn’t just be an abstract exercise, either. You should do your due diligence and conduct some market research as part of your video pre production. Interview your audience and figure out what drives them.

This is invaluable for preparing your video animation. You should construct some in-depth buyer personas and refer to them throughout your production schedule. Once you’ve got an idea of who you’re trying to reach, you should spend some time honing the message you want your video animation to convey. Again, you should spend a decent amount of time on this before ever setting pen to paper or fingers to keyboard.

Have you ever watched a movie or TV series where it seemed like the writers just had no idea where they were going? Like so many series’ much-dreaded third season, where writers seem to lose the plot. This leaves devoted viewers having to slog through a season or two of aimless, confusing, often painful viewing.

Being focused is incredibly important in every creative field, but it’s especially important for video animations. You’ve got a very short amount of time to get your point across.

Think of this step as your “elevator pitch.” An elevator pitch is a Hollywood term for delivering your movie’s selling point in the time it takes for an elevator ride. Honing your elevator pitch will also help you clarify what business goals you’re hoping to achieve with your animated video. You should be honing in on what you hope for your video to achieve by this stage of pre production. This should give you an idea of how much you’re willing to pay for a quality video animation.

Deciding on a budget ahead of time is one of the only ways to refrain from going over budget. It’s also a way to manage expectations, helping to keep you and your production team focused on achieving very specific goals.

Setting a budget will also help you prioritize which aspects of your video are more important than others. Launching a poorly-made, ill-conceived video animation can do more harm than good. It can be exponentially worse for your brand than simply having no video at all. The script is the skeleton of your video project. It will keep your project focused and moving forward efficiently. It will also help ensure that everybody on your team is on the same page throughout the production.

Writing your script is just the beginning, however. Even the simplest writing usually goes through multiple stages of revisions. Writing your script helps you understand your video animation, as a whole, as well as the individual components.

You’ll be able to experiment with moving different sections around, honing your dialogue, and other specific details once you’ve got your script written. Video animations, and digital marketing in general, are able to be more subtle and creative than traditional marketing. It’s still advertising, though, which means you’re hoping it will have some sort of effect.

Branded elements are how you influence your audience and let them know who you are. Intros and sign-offs are perfect examples of branded elements, which let viewers know where they are and what they’re in store for.

To create the most effective branded elements, you should refer back to your business goals and what you’re hoping to achieve with your marketing material. Use this as a guide for creating your calls-to-action, which you should include in the final moments of your video.

For some inspiration, check out a couple of popular podcasts. Podcasters tend to be excellent about delivering clear, direct, calls-to-action. They’re often written in a conversational, direct tone of voice and will give you some excellent ideas for your own CTAs. The ‘inverted pyramid‘ is a term used almost universally for all forms of internet content. Basically, it just means leading with the most important information first. It’s another way of saying “don’t bury the lede,” which is another common piece of journalistic slang.

The average attention span in today’s frenetic digital world is 8 seconds. You’ve got 8 seconds to snare your audience’s attention and make them want to see more.

Don’t think that this means you need to shoehorn a synopsis of your entire video’s content in 8 seconds. That could quickly become overwhelming or boring and end up being counterproductive.

Instead, think of the phrase “in media res,” which translates to “into the middle of the action.” Think of movies you’ve seen or books you’ve read that start right out with the action. You don’t know what’s going on, but it’s exciting and leaves you wanting to know more.

This will help keep them engaged long enough to get to the ‘why’ of your video. This is where you explain the value proposition of your company, product, or service you’re advertising. This is where the creative aspects of your video intersect with more traditional marketing methods. Even an infomercial could be compelling if it were preceded by an interesting movie! The length of your video will play a major part in its success. If you want your viewers to make it all the way to your CTAs at the end of your video, you should keep that in mind.

If a video is 60 seconds or shorter, over two-thirds of your audience are likely to watch all the way to the end. If your video is over 20 minutes long, on the other hand, only 25% will watch to completion.

As a general rule of thumb, videos that are 2 – 4 minutes long get the best engagement rates. You’ll also need to consider your marketing funnel when you’re making videos, however, so keep that in mind.

Videos for the Awareness stage of your content marketing strategy can be more general or more entertaining, in a bid to get users to share your content on social media. Customers in the Interest and Evaluation stages need more high-level and expert information to trust your company and make a purchase, however, so those videos might need to be a little longer. Video marketing offers the opportunity to give a face and a narrative to your company. An animated video should strive to be authoritative, as video marketing’s main purpose is to establish yourself as a thought leader in your industry. It should also humanize your business as well, however. It gives you a chance to peek behind the curtain of your company, helping you to stand out against the competition.

This means that authenticity is more important in video marketing than other marketing materials. It’s your chance to showcase your brand in a friendly, relatable way. Be careful making your video animation too sales-y, at the risk of alienating your audience. You’re almost ready to begin creating your animation in earnest. Now it’s time to lay out the storyboard for your video. This is the next, logical step after finalizing and polishing your script.

You don’t have to be an artist to make an effective storyboard. Stick figures or crude outlines are more than sufficient to lay out the sequence of shots that you’re going to be animating.

Storyboards for animation are particularly powerful. With conventional film-making, the rough sketches you lay out on paper are going to be interpreted by actors and then captured by cameras. The finished product is going to be far removed from your initial vision, by its very essence.

Animation puts your art into motion, however. A well-done storyboard can sometimes be captured almost exactly as it’s drawn on the storyboard. It’s well worth your time to put in the effort to create a well-realized storyboard before beginning your video animation in earnest.

Your storyboard is also your chance to think about technicalities like camera angles and lighting. These are often not captured in the script itself. The storyboard is where you finalize the impact you’re hoping to make on your audience and think about what tools will help you make that connection. Just because you’re not filming in front of a camera doesn’t mean that you don’t need to think about shots. Remember, a scene can be comprised of multiple shots. The only difference between animation and traditional film-making is those shots are drawn instead of filmed.

The shot list is just your script and your storyboard laid out in as much detail as possible. You’ll want to describe any camera movements that might happen, along with dialogue, framing, subject, and any other technical information you might need.

Having a shot list will help with the housekeeping of your project, as well. Even a short video animation can have a surprisingly large number of frames, shots, and scenes. It also helps with communication among your creative team, as you can describe exactly what it is that you’re referencing. You’ll want to create a timetable for creating your promotional video. You’re hoping to achieve a specific goal, so you’ll need your video to be done by a specific time to reach that goal.

Having a schedule also helps you keep tabs on how your project is progressing, as well. It’ll let you know if you’re running behind schedule, for starters. It’ll also help you delegate tasks, know each person’s duties, and have a realistic timeframe that gives each person enough time to do their best work.

Spending your time on the pre production will make your animated video project go as smoothly and as painlessly as possible. You don’t have to be an Oscar winner to create an entertaining, engaging, informative, and compelling video that your viewers will love and love to share. Video marketing is only getting more influential as the world continues to accelerate. As Australia’s leading creative video agency, it is our passion to help bring our client’s visions to life and helping your vision to flourish!

We have helped over 500 companies bring their ideas from pre production to realization. If you’d like to find out how our video animation studio can help your business stand out in a crowded marketplace, contact us today to request a free quote!