What Is the Difference Between 2D and 3D Graphics? 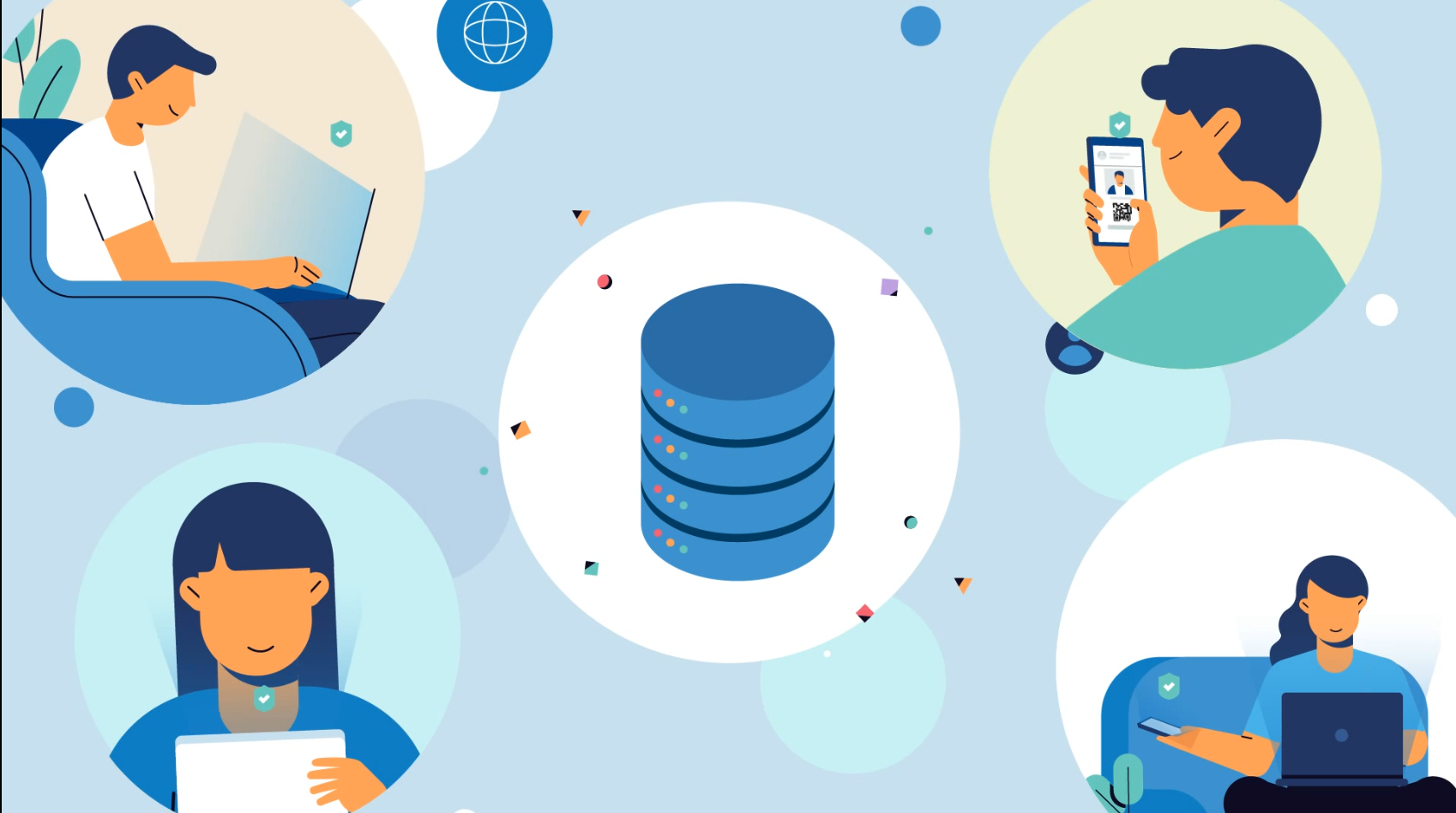 When consumers visit your website, you only have about 15 seconds to make an impression. If you can’t pack a punch in that short time frame, users will become bored and leave your page, heading into the loving arms of your competitors.

One thing’s for sure- the world of web design is challenging to succeed in!

Since most people are visual learners and the human eye is drawn to movement, one of the most effective ways to decrease your bounce rate is to incorporate moving graphics on your site.

Read on to learn the difference between 2D and 3D graphics so that you can make a more informed choice about which to include!

What Are 2D Graphics?

2D graphics are the more common animation option for company websites. It’s an older technology stemming back many decades, but it’s a classic for a reason. These graphics are simpler, visually appealing, and easy for consumers to ingest without being too overwhelming or distracting.

Basically, 2D graphics can only be moved in two directions: horizontally and vertically. Of course, objects and characters can still move diagonally on these axes, but they’re still confined to the X and Y axes of your animation. No depth can be added, which means that you can’t make objects appear closer or further away from the viewer.

This makes the representation of objects in 2D graphics flat. Geometric shapes like squares are possible to make, but cubes cannot be included in these graphics. The minimalism and simplicity of 2D graphics make it more appealing to some users and cost less to create and upload to your website.

Since 2D animation stems back so far, there are many real-world examples of it. Older cartoons that you may have enjoyed as a child are made with 2D graphics, including Mickey Mouse and older Disney Princess films. While these are obviously not the same as the professional graphics made for a website, the technology and principles remain the same.

One of the greatest 2D graphic applications is to convey data in a fun and engaging way. For example, the Workplace Gender Equality Act (WGEA) used 2D animation to showcase statistics about the wage gap. This made the data easily understandable and visually appealing. People also retain 55% more information when graphics are used rather than simple text, so the data is also more memorable to them.

Some companies like Zoom and 99designs also use 2D graphics to animate their logos. This makes their brand more memorable than those who use still logos. Since the moving logo bandwagon is fairly new, it’s a great way to make a business stand out.

What Are 3D Graphics?

Unlike 2D animation, 3D graphics add a Z-axis to their repertoire. This means that they can move objects and characters forward and backward as well as horizontally and vertically. 3D animation can therefore add depth to images so that things in the video seem closer to the audience.

This makes it possible to animate cubes, prisms, cylinders, and more instead of just their 2D counterparts. 3D animation is intended to look more lifelike than the alternative. Many people therefore find it to be more immersive, which makes it preferable to some audiences to 2D graphics.

3D animation is essential in industries where you need to see multiple angles of an object. Applications are usually more technical,  such as showcasing buildings for architecture and construction firms.

Because 3D graphics are considered a recent advancement, companies are still figuring out how exactly it should be used. One thing’s for sure: it appears to be more modern and trendy than its 2D counterpart. In non-professional settings, 3D animation is all the rage. You can see this in newer Disney films including Frozen and Moana.

The popularity of this animation predictably has made professional businesses want to use it as well. 3D rendering of buildings may use some graphics, as might graphic design firms. The ability to add depth makes images more precise and therefore makes 3D graphics ideal for practical applications.

Punchy Digital Media has begun working to create 3D graphics for businesses like Gallerie. This animation showcases the same data that could be included in 2D animation, proving that it isn’t only for technical applications. It’s a versatile technology in its own right.

What Is the Difference Between 2D and 3D Graphics?

So, what’s the main difference between 2D and 3D graphics?

The only real distinction is the inclusion of the Z-axis. However, adding depth to animation makes the entire graphic look different than it otherwise would. Characters and objects generally are more detailed and have shadows, which they wouldn’t have in 2D graphics. Colors are usually more defined and multiple hues can be used for one item.

The other major difference between these two graphic types is the software used to animate them. 2D animation is made primarily by using After Effects, Photoshop, and Adobe Animate. On the flip side, 3D graphics take skills in Cinema 4D, Houdini, Autodesk, and 3Ds Max.

Do You Need Professional Help With One or the Other?

You likely don’t know much about any of these technologies beyond having a rudimentary understanding of what they do. That’s completely okay! It does, however, mean that you need to get professional help with animating your graphics.

Whether you want 2D or 3D animation, it’s essential that you reach out to experts who know the ins and outs of every software that you may want to use. If you try to animate graphics on your own, it will ultimately appear sloppy and unprofessional.

Since your competitors will likely not want to take the time to animate their own graphics and bring in the pros, you need expert assistance to remain competitive in your industry. You can check out our animation studio for that competitive advantage.

Is One More Effective Than the Other?

You may also be wondering whether 2D or 3D graphics are more effective. The answer to this question depends on the applications that your graphic is being used for. Neither type of graphic is inherently superior to the other- it’s 100% dependent on your needs.

When Is 2D Superior?

In situations where graphics are intended solely to engage the viewer and give them positive brand feelings and data, 2D animation is often superior. The flat colors of animated infographics are appealing and influence people’s mood in a positive way. They tend to appear more friendly and accessible, which will give viewers the chance to connect with your brand.

Additionally, 2D animation is simpler and more visually appealing. While site visitors will be engaged by the movement and the colors, they won’t be distracted from the message of the video. 3D animation is far too visually complex for many applications since viewers will need to focus on multiple different angles.

If the primary purpose of your video is to showcase a space or a specific product, 3D animation will get the job done more professionally than 2D graphics would. As we brushed on previously, 3D graphics can work wonders in technical applications. This is because they can showcase multiple angles of an item or location.

In addition to being good for architecture and construction, this is ideal for animated product ‘photos’ on eCommerce shops. You can use graphics to create a rendition of an item that you have for sale and showcase its features from multiple different vantage points.

This is superior to a simple product photo because the movement is attractive and because you can include typed-up facts and stats within the graphic. People will be more confident in their online purchases. They may also find your brand approachable as a result of the engaging graphics and reach out for more information.

Pros and Cons of 2D Graphics

To begin, let’s look at the many amazing things about 2D graphics:

However, 2D also has some downsides:

There are many pros to 3D graphics as well:

Here are some of the cons of going 3D:

When to Use 2D vs 3D Graphics

Remember that neither 2D nor 3D animation is inherently superior to the other. The option that you use should depend entirely on your needs.

Businesses that are first starting out generally should use 2D animation. The technologies are more well-known and therefore are less likely to have blips and other technical difficulties. Additionally, since 2D animation costs less, startups will have more money to invest in the rest of their site as well as developing and marketing their core product.

More seasoned businesses can move into 3D animation if they find it appealing. This should happen when you have the funds to invest in graphics and the audience that will prefer 3D animation. If you don’t have any technical showcasing to do, 3D graphics may be a waste.

While there are benefits to using both 2D and 3D animation on your webpage, each of these options has a different set of pros and cons. Neither option is inherently superior to the other, so it’s important to assess your individual needs when making your decision on which to use.

Now that you know the difference between 2D and 3D graphics and how to choose the best option for you, it’s time to get started. Contact us for a free quote on your project. Once you know how much it will cost, we can work together to develop the perfect graphics for your website so that you can engage and interest visitors from the get-go.

We look forward to hearing from you soon!