How to appeal to ANY audience

The world is full of diversity and variety in every shape and form. Everyone, no matter their race, gender, interests, religion, weight, or hair colour can be reached and spoken to if you use the right tactics to attract them. Here are five examples of ways to appeal to audiences. 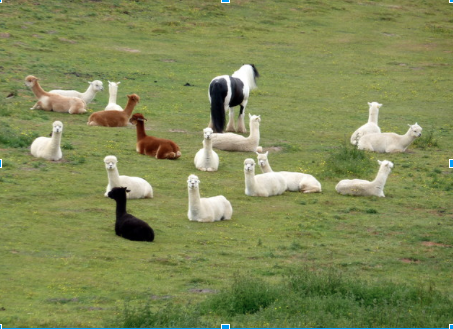 Undoubtedly a popular technique, emotion is used extremely often in marketing videos, television commercials, advertising, and X Factor auditions. Yep, the overweight teenager’s sob story overlaid with gentle, heartbreaking piano music and an interview with his mother telling the camera how her son’s dreams are finally coming true. Countless variations of this sappy yet tried-and-tested tactic have been applied to videos around the globe, and the best part is, it’s foolproof for the most part.

Use for: overly-sentimental mothers; athlete wannabes; Generation Y protesters who believe in a better world; fans of Offspring

This is an umbrella for many types of comic relief: sarcasm, wit, pie-in-the-face humour, randomness, laughing-at-the-underdog humour… You need to choose the right one for your target audience, because in getting it wrong you’ll miss your mark completely. Don’t go overboard, don’t overthink it – keep it light and relevant.

Use for: fans of The Big Bang Theory; beer-drinking dads; male couch potatoes

This is a powerful technique which speaks for itself if used wisely, because no one can argue with the truth. Statistics are also used here – think of health and weight loss businesses, and their use of images that show a customer’s weight loss. It’s gold for marketing videos that can prove their services provide the results a client needs, as well as reason with them to make a  purchase to solve their problems.

Use for: no-nonsense businessmen; results-driven athletes; anyone who has been previously let down by a product or service

This can most easily be recognised when a season finale episode is coming up on television. Think deadly music, shocked actors’ faces, one-word booms like “WHO… SHOT… KELLY?”, ending with a sinister “DON’T MISS IT – THURSDAY 8:00PM”.

But a sense-of-emergency tactic isn’t only for television – many successful public relations campaigns have used countdown-like strategies to introduce a big event or product release. H&M’s Melbourne store opened after a series of four enormous, gold pocket-watches counted down the days, hours, minutes and seconds to its debut.

Use for: mothers who worry about the state of the world; The Biggest Loser fans; impressionable teenage girls; hipsters who claim to be knowledgeable in world news

This refers to the idea that everyone except you is in on something, and you need to join the others as soon as possible. Out of the window where I’m writing this blog post, the grocery store on the other side of the street has a window plastered in the words: “COME IN AND SEE THE GROCERY STORE THAT EVERYONE’S TALKING ABOUT.” In one sentence, a grocery store has 1. made some people feel inadequate, 2. encouraged all non-customers to come in, 3. potentially made them into current customers, 4. made some sales, and 5. shown these people what a great grocery store they are.

Use for: tweens with low self-esteem; iPhone users who can’t be seen with an older model

See also: The Entourage (business convention); any brand that says “Join the movement”

What category do you or your customers fit into? Which of these techniques appeals to your target audience?