#HASHTAGSUCCESS – Around the world in 60 seconds

How Video Hashtagging can spread your message fast as lightning

As of late, the term hiding under a rock could easily be held in conjuction with simply not checking social media religiously.

The power of a simple hashtag can reach millions. This kind of power should not be ignored or left solely for the tweens looking for more likes on their selfies.

The power of the hashtag in combination with your video advertisement  could take your company bigger than you could have fathomed.

The name that was on everyones toungue has now found its way to the tip of our toungues, sounds familiar but who was that again?

In 2012, Jason Russell founder of ‘Invisible Children’ created a video about Joseph Kony a war criminal from Africa. He began the campaign as an experiement wondering ‘Could an online video make an obscure war criminal famous?’

It was then reported that the ‘experiment yielded the fastest growing viral video of all time’, reaching 100 million views in only 6 days and on top of that around 3.7 million people pledging their support for efforts to arrest this criminal Kony (http://invisiblechildren.com/kony-2012/).

Through a powerful video Jason Russell was able to not only capture the attention but also get almost four million people onboard for his cause.

If this is anything to go by, it shows how many people want to be involved if it is advertised the correct way, and how many people are tuned in with what is happening online.

Another example is the ALS ice bucket challenge, whilst the amount of people actually donating to the cause may have been questionable they managed to raise over 100 million (Vultaggio, M. 2014), not to mention the ridiculous amount of exposure they receive for the illness. Even big name celebrities became involved, for them it was a win/win they were able to self promote and still look charitable. This challenge took the world by storm.

A less chariable example was the power of the #NekNomination, where the person had to ‘neck’ or skull an alcoholic drink to which millions of people all around the world jumped at the chance to do with this simple act recorded on video spreading across the world like wild fire.

These videos had one big thing in common – viewer integration!
They made the viewer/customer the star of the show. 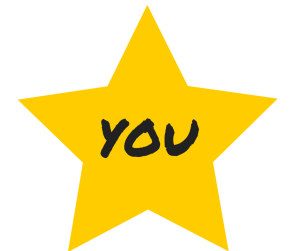 This trick in conjunction with a well prepared video is a great way to take your company to the next level.