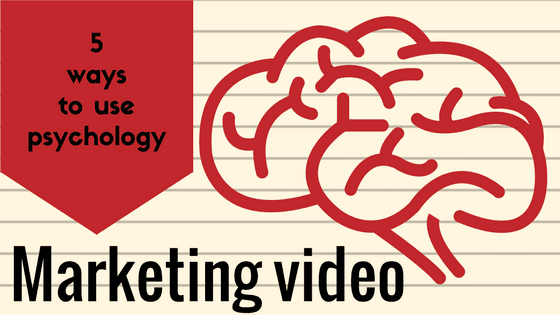 Reading psychological behaviours can drastically assist the success rate of your marketing video!

For this, you’ll really need put your mind and thought process into those similar of your target audience, then you’ll know how to create a marketing video to suit them better.

But here at Punchy Digital Media we know that’s not always easy! So we’ve got your back and have 5 ways to use psychology to your advantage.

Emotional and psychological appeals resonate more with consumers than feature and function appeals. So if there’s a chance for you to market your business in a more emotional way that will pull at your audience’s heart strings, then do it!

So how could you potentially do this? Well, first think of your own wants and desires and what marketing video has gained your interest! But more importantly think of what your target audience wants and desires! Not necessarily in relation to what your business solely has to offer them either, think of other outside emotional influences.

The most influential of them all. When we can’t be like our heroes, we try to co-opt what he wears/does/says/eats/drinks. So get thinking seriously about who your audience idolises. This will be different for every business, so know your audience!

For Maybelline, they knew that many women who are interested in and wear makeup idolise and would love to know how Adriana Lima looks the way she does! Heck I think anyone would want to be more like Adriana Lima! This marketing video portrays that buying their liquid mousse will make you have flawless model skin, just like Adriana.

Better yet is if the worshipped hero is also a highly regarded authority figure or someone who knows their stuff on the issue at hand. Just be careful that the authoritative figure continues to stay trustworthy to your audience because it can all go to waste if the influencer is not consistent; reputation takes only a short period to destroy after a lifetime of building up.

For TAC it made sense to use Sgt. Peter Bellion because the audience can feel confident that he knows exactly what he is talking about! It’s not a nice marketing video, but it did make a big impact!

Essentially peer pressure or the want to have what everyone else has. While we may want what our heroes have, we absolutely feel a need to have what our neighbors/friends have. Apple does a really good job of this in every advertisement they create, lets be real.

And lastly for the emotional sector;

Very similar to the peer psychological driver, however it is based on the audience really feeling like the odd one out, which is quite cruel to be honest, but can be performed in a not so brutal manner. The feeling of belonging can be manipulated; if you repetitively see that your perceived peers are doing something, you are outside of the pack and need (not want) to catch up!

This can also work in the sense of being apart of the ‘good team’ in the eyes of society. Not by bashing on other companies, but putting including a subtle message to reposition the competition.

A prominent example of this is when the Jif brand launched the “Choosy moms choose Jif” campaign! Competitors were suddenly repositioned as products for mothers who didn’t give a damn about the food their kids consumed. And what mother doesn’t want to think of herself as a choosy mom?

If you’re still unsure, Joe Sinkwitz actually created a whole slide share on these subjects and you can check it out here:

On the contrary to the triggers just previously mentioned. If you don’t think that these ‘I want what they’re having’ techniques will work for your specific marketing video, then do the complete opposite and market for the audience who wants to be the only one and to have it FIRST. People want to feel important! That’s why advertisers sometimes says: “We’re not for everyone.”

Consumers are the best at seeing right through lies. Especially in todays era where many people seem automatically programmed to be aware of ‘fake news’. Therefor, if they’re already in this frame of mind, any marketing claim that sounds too good to be true, they’ll question and for good reason. Many simply aren’t credible.

Take for example an ad for Volkswagen, which contained a one-word headline: “Lemon.” 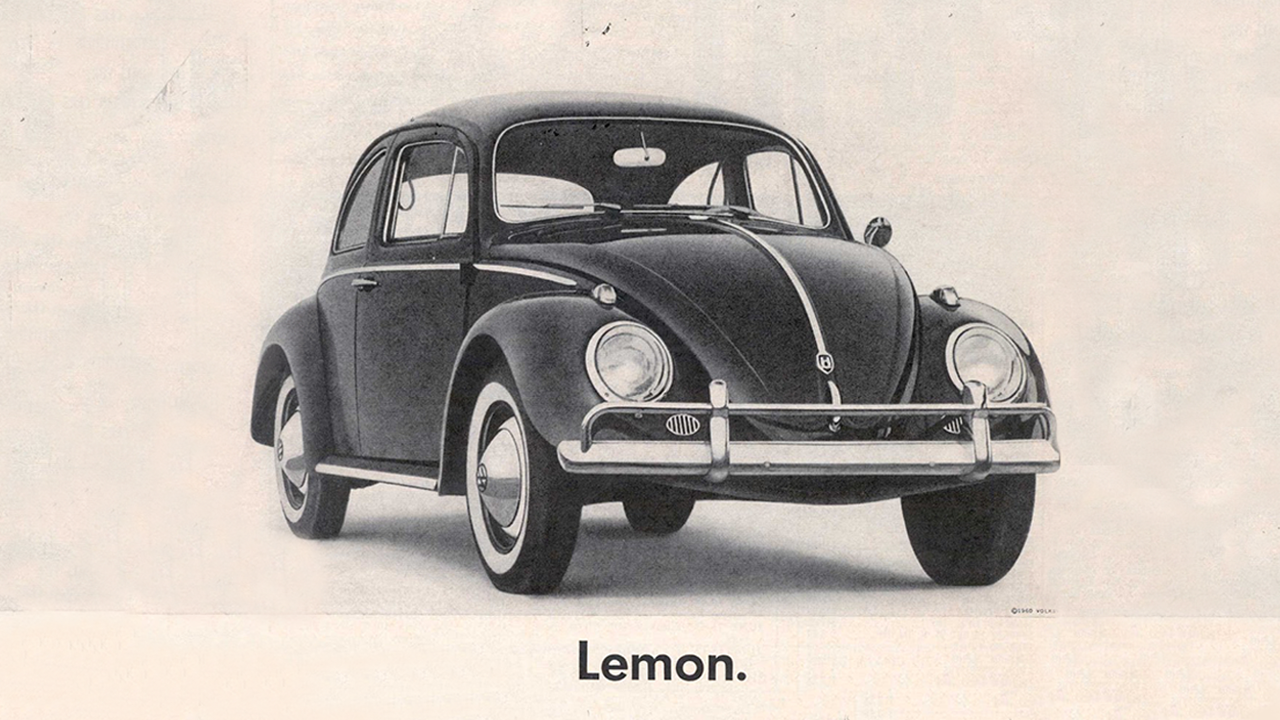 In today’s day and age, this could have been perfectly displayed in the form of a video, but it has the same effect of admitting flaws with good intentions. The opening body copy below a VW photo read: “This Volkswagen missed the boat. The chrome strip on the glove compartment is blemished and must be replaced. Chances are you wouldn’t have noticed it; Inspector Kurt Kroner did.” The ad went on to discuss a “preoccupation with detail.” The Lemon ad became a textbook example of how to optimize credibility.

Fear, uncertainty, and doubt are often used legitimately by businesses and organizations to make consumers stop, think, and change their behavior. Put quite simply, market so that you erase potential doubts consumers might have and put their doubts onto someone else.

This one might seem obvious but we’re putting it in here anyway! Don’t be scared to do something completely different! If it has an understandable context, consumers will understand and it actually works better psychologically.

Think of it this way. If you take the same route to work every day, often you will arrive without even being aware of how you got there.

The route is so familiar that the time passes quickly, with you paying little to no attention at all.

If your brand or campaign is very similar to other competitors, then consumers just switch to autopilot. To get them to notice a new proposition or idea, you may need to step out of the accepted norms of communication. It’s refreshing to have something different, no matter how outside the box the idea is. And hey, if it’s a super quirky marketing video word of mouth will soon spread like wildfire, brilliant for growing popularity! Don’t they say any publicity is good publicity?

My mind instantly wanders to the lovely advertisements from Rivers. Annoying, maybe! But memorable, yes!

Which of these psychological triggers/marketing techniques do you think would work best on you? For me personally, I think I’d appreciate companies owning their flaws more often in a marketing campaign to rectify their wrongs! They’d gain a new level of trust back for sure!